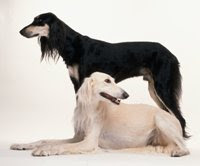 1. The oldest breed of dog is the Saluki. 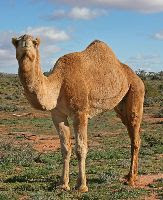 2. An annoyed camel will spit at a person. 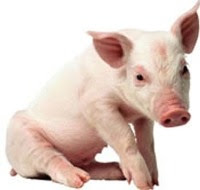 3. In Denmark there are twice as many pigs as people. 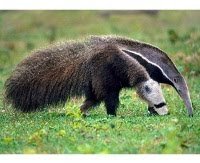 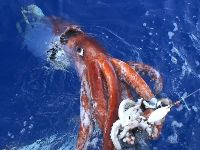 6. The giant squid has the biggest eyes of any animal: its eyes measure 16 inches (40 cm) in diameter. 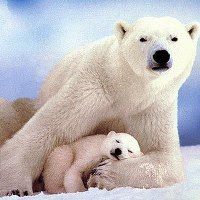 7. Animals also are either right-handed or left-handed. Polar bears are left-handed – and so is Kermit the Frog. 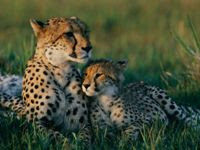 8. Unlike other “big cats” the cheetah does not roar – however it does purr and make high pitched yelps, barks and chirruping sounds.

9. The slowest fish is the seahorse, which moves along at about 0.01 mph 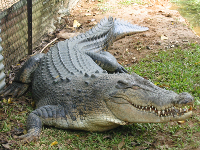 11. Crocodiles’ tongues are attached to the roof of its mouth, so they can’t move it. 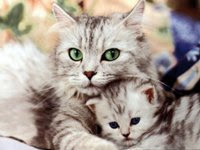 12. Domestic cats purr at about 26 cycles per second, the same frequency as an idling diesel engine

Links to other Thursday Thirteens!(Leave your link with Mister Linky when you comment, and I’ll add you here!)

I loved those animals!! From the Cats and the Polar bears too. Thanks for sharing!!

Christine – I so love animals, too! And those facts are just wild! LOL!

I love anything to do with any sort of cats – big or small. Thanks for sharing these tidbits. 🙂

Fascinating facts, Paige. Love the pxs of the bears and the kittens.

Kimberly – I thought those facts were very cool, too!

Tina – I couldn't resist including pics!

My TT is at http://paigetylertheauthor.blogspot.com/

What good is a tongue you can't move?

AliceAudrey – LOL! I don't know. Guess they don't need to move it!

700 breeds of dogs, and I swear every one of them inhabits my building. Honestly, place sounds and smells more like a kennel every day. I miss the days when they only allowed nice, quiet kitty cats. Sigh…

Heather – We have a cat and a dog, and while I love both of them, I must admit, I'm totally a dog person! Love them!

The giraffe and his tongue – yuck. Just yuck!

How fantastic. Animals are so interesting…

Yes, a giraffe CAN clean its own ear with its tongue, but DOES it. LOL!
These are great fact, Paige.

I learned some new things, for sure. Thank you!

Savannah – I agree! They so are!

Wow. Okay then! I just heard about a new book called Inside of a Dog: what dogs see, smell and know by Alexandra Horowitz. You might check it out for that hard to come by, pet's eye view of the world. Then you can report back!

Bratty – Sounds cool! I'll have to check it out!