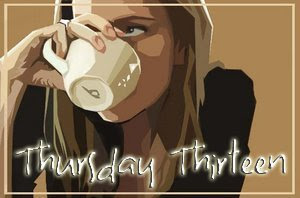 1. Cell Phone Salute – When one attempts to send or receive a text message with little or no reception by raising his or her cell phone up in the air thinking that somehow they will gain more bars.

2. Window Eating – The act of standing in front of a refrigerator with the door open for an over-excessive amount of time and then closing the door without taking anything.

3. Link Diving – The act of clicking further and further from your original subject of research. Commonly related to the popular website Wikipedia.com.

4. MeDD – People who have trouble talking about anyone but themselves for any length of time. The “enough about me, what do you think of me” syndrome.

5.  Facebook Insomnia – A condition – generally found in, but not limited to, suburban teenagers – under which, afflicted persons deprive themselves of sleep in favor of repeatedly refreshing ones Facebook ‘News Feed’ in hopes and/or anticipation of a new ‘Status Update’ or ‘Wall Post’ from ones friends.

6.  Man Points – Points that one receives upon the completion of a distinctly manly task. More often than not, intelligent points and man points are inversely proportional.

7.  Prexhausted – Preemptively exhausted. When you are exhausted just by thinking about something.

8.  Pepperazzi – Foodie who obsessively insists on snapping photos of everything they eat and of every other dish at the table.

9.  Soft Googling – When some is bored on the computer and they’re just aimlessly Googling random shit to pass the time.

10.  Hollywood Historian – Someone who accepts movie scripts as historical facts and then uses them in debates/arguments.

11.  Going Commandtoe – Going commandtoe is when you wear closed-in shoes without socks.

12. Stoplight Stagger – That way you stagger your car at a stoplight so that your window isn’t lined up directly with the car next to you so as to avoid awkward eye contact and/or open-window singalongs.

Wait, you mean holding the phone up in the air won't get more bars ;).

BUHAWHAW! I think my absolute favorite was "prexhausted"! So glad there's a word for it. I love these!

My kids love window eating. It's always followed by the complaint that there is too much food to find anything good.

Kimberly – I always call it getting distracted, but I think I like link diving better! LOL!

Heather – Me, either! But they're fun!

Ooh! I'm guilty of some of these. Fun post.