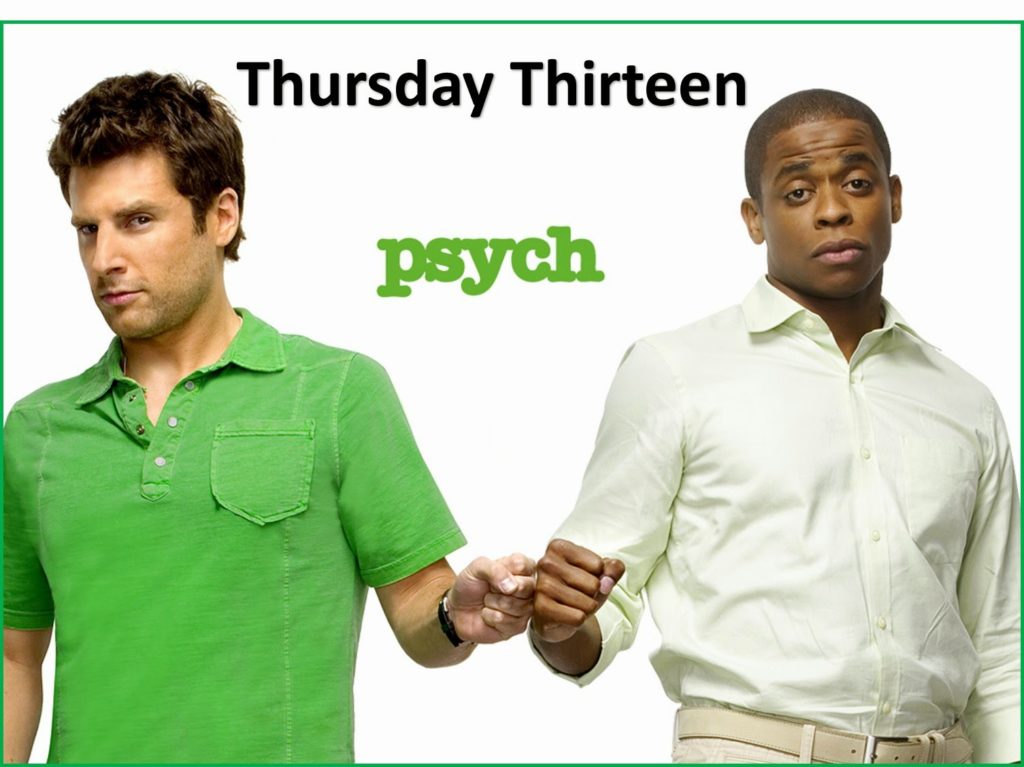 Hubby and I are bummed Psych went off, but we really loved the season finale. They rocked it! Especially loved the hint that Shawn and Gus would be working alongside Monk after they made the move to San Francisco. It got us thinking about what other shows Sean and Gus would great guest stars on!

1. Supernatural – Could totally see them hunting demons, vamps, and everything else Sam and Dean go up against. Gus would be running for the hills!

3. Elementary – Shawn and Gus working alongside Sherlock? That’d be hilarious!

4. Rizzoli and Isles – You just know that Gus’d use that “Pluto should still be a planet” line on Jane and Maura.

5. Major Crimes – I’d love seeing Shawn and Gus alongside Provenza and Flynn. Not sure who would drive whom crazy more!

6. Perception – Shawn and Gus would be an interesting addition to Daniel Pierce’s life! Shawn would definitely mess with him.

7. Castle – Love this idea!  You know Gus would try his “Pluto” come-on line with Lanie!

9. White Collar – Shawn and Gus would probably drive Neal and Peter crazy, but I could totally see them hanging out with Mozzie!

10. Hawaii Five-O – Something tells me Shawn and Gus would have lots of fun in the island!

12. Walking Dead – Gus would be screaming the whole episode!

13. Dr. Who – The writers did say they wanted to do a time travel episode. What better show to do it on?!

If you’re a Psych-O, what show would you like to see Shawn and Gus on?

I love "Psych," though I haven't seen the last couple seasons yet.This was a fun idea for a post.

How about pitting the boys against the two NCIS teams? They'd probably drive Gibbs and McGee up the wall, but I could totally see them meshing with Abby. Tony…that could go either way. And in LA, I think they'd get on well with Deeks and Eric, while Sam and Kenzie would probably want to kill them. ☺

Oh…and could you imagine the boys going up against Sheldon on TBBT? Penny, of course, would buy into the whole psychic line.

You had me at Supernatural. Now I have to see if I can watch Psych.

Heather – Haven't seen those shows, but I think Shawn and Gus wwould fit right in!