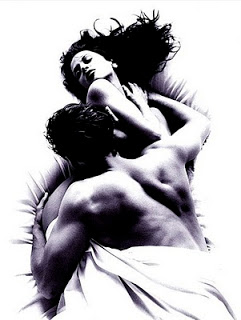 When Cindra Mallory’s bounty hunter father is brutally murdered, she goes after the killer, determined to bring him to justice. She tracks the man halfway across the galaxy, only to run out of both leads and money on the planet of Pendari. Giving up isn’t an option, so she enlists the sinfully handsome, more experienced bounty hunter, Bladen Sloan to help her track down her father’s murderer.

Bladen doesn’t come cheap, though, and when he wants more than the thirty percent of the bounty she wants to give him as payment, she offers to sleep with him to make up for the difference. He consents to the deal, and she finds herself signing a contract that has her agreeing to provide him with ten sexual favors in return for his services.

As they track the killer from one sex club to another, Bladen introduces her to the world of spanking, bondage and exhibitionism. Things get complicated as Cindra discovers she not only enjoys being Bladen’s sex toy, but is starting to fall for him, too. While she desperately wants to catch her father’s murderer, she knows the moment they do, her time with Bladen will be at an end.

I really enjoyed reading this blurb. I can't wait to read the whole story.

Becky – Thanks so much! I'm glad you like it! I'll be posting an excerpt on my website soon, so keep an eye out for it!

Ok, I will keep an eye out for the excerpt on your website.