So, Viggo Mortensen is Into Spanking, huh?

I knew it! No, really, I did, See, I can just look at a guy and tell he’s into spanking. Giving a spanking, that is. And if a guy doesn’t look like he can spank a girl, then he doesn’t do it for me! 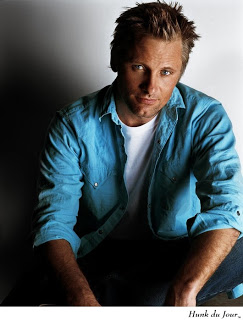 Back to Viggo. I’ve been crazy about him ever since seeing him in LOTR, so I regularly check out Viggo Works, your go-to website for everything Viggo. Well, they had an article on there about Viggo giving costar Michael Fassbender tips on spanking and how to do it better for his role as psychiatrist Carl Jung in the movie A Dangerous Method.

Now, if only Viggo would play in a movie where he gets to spank the girl!Which other actors/celebrities do you think look like they’d be good at giving a spanking?

I LOVE Viggo!!!! Did you see his frontal view in The Indian Runner? I'm sure it was a body-double but I still prefer to believe it was him. OMG, he's so friggin' sexy.

I LOVE Viggo!!! Did you see his frontal view in The Indian Runner? I'm sure it was a body double, but I still prefer to believe it was him. He's so friggin' sexy!

Jenny – LOL! Something else we have in common! We totally a have thing for Viggo! And yes, I've seen Indian Runner! From what I read, I'm pretty sure that was him! Oh, and did you see Walk on the Moon! Yummy!

No, I didn't see that one. I'll have to check it out. And yes, we do have a lot in common, other than I seem to have a problem doubling my comments on blog posts. Sheesh!Lol.

Jenny – LOL! Walk on the Moon is one of my favorites of his! Very sexy! And did you see Hidalgo! Another favorite!

I did see Hildalgo. Viggo is just so dang HOT…period. They do need to make a movie with him spanking someone. I think the perfect one would be Good Cop, Bad Girl.

Jenny – Yes, he is! Did I tell you I met him? He was in Seattle promoting Hidalgo on a local daytime talk show and I got to go see the show and even got my picture taken with him! And yes, he so needs to do a movie where he spanks a girl! And yes, Good Cop, Bad Girl would be perfect!

Renee – I could see that!