Looking for something hot and sexy to read for Halloween! Then check out my paranormal romances! 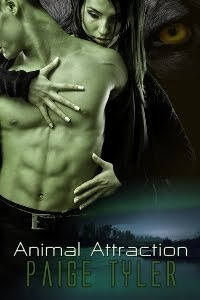 Not only are werewolves real, but they’re damn hunky, too!

Frustrated when none of the real newspapers will hire her as a reporter, Eliza Bradley takes the only job she can get – at a paranormal magazine. Her first assignment takes her to Fairbanks , Alaska to investigate the possibility that a werewolf has killed two local hikers. 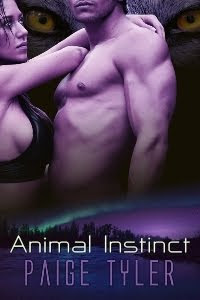 Every Girl Wants a Guy Who’s an Animal in Bed!

Artist Heidi Gibson is spending the summer up in Anchorage doing some painting when she gets attacked by a crazed wolf. She is rescued by golden- eyed wildlife biologist Luke McCall, who calmly informs she has been bitten by a werewolf and will turn into one during the next full moon. Thinking he’s obviously out of his mind, she can’t get away from him fast enough.

When strange things start happening to her, however, she begins to think the ruggedly handsome biologist could be right. Not knowing what else to do, she goes to Luke and is stunned to discover that he knows so much about werewolves because he’s one himself.

As Luke teaches her what she needs to know about being a werewolf, Heidi finds herself falling hard for the Alaskan hunk. But while they’re intent on each other, the werewolf that attacked her comes back into the picture, and he’s not exactly happy that another of his kind is trying to take the woman he believes is his rightful mate. Can Luke and Heidi’s attraction overpower the jealousy of the rogue werewolf? 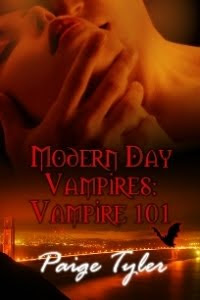 Being a Vampire Isn’t What It Used to Be!

Savanna Royce is a weekend Goth-girl who has always been fascinated with vampires. She doesn’t really believe in them, of course, but that changes when she is bitten by a rogue vamp and left for dead. Fortunately, two-hundred-and-seventy-eight-year-old vampire Kaige Travers is there to rescue her. Unwilling to let her die, he turns Savanna into a vampire to save her life, not knowing if she’ll thank him or hate him for it.

While Kaige is teaching Savanna what she needs to know about being a vampire, neither of them can deny the chemistry that’s there. Somewhere between getting her registered at the local vampire admin office and teaching her how to order blood on the internet, they fall for each other, fast and hard.

Just as things are heating up between the sheets – and everywhere else – they encounter one minor problem. The rogue vampire who attacked her is back and this time, he wants to finish the job he started.

And for a sneak peek at the next book in my Alaskan Werewolf and Modern Day Vampire Series, visit my website at https://www.paigetylertheauthor.com/ Just click on “Coming Soon!” 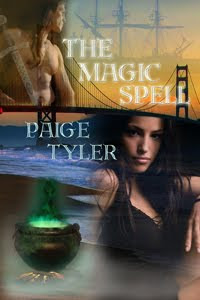 The Magic SpellBe Careful What You Wish For!Alanna Simms has been having a problem finding Mr. Right. But when she and her friends stumble across a charm shop just in time for Halloween, her friends think they’ve found the solution to her problem. When the mysterious proprietor overhears Alanna complaining about how hard it is to find a good man, the woman gives her a potion she claims will give Alanna her heart’s desire. Of course, Alanna doesn’t believe in magic, but at the urging of her friends, she goes along with the whole thing anyway. But Alanna is unprepared when she finds a stranger dressed as a pirate passed out on her living room floor hours after doing the magic spell. Thinking he’s just a hunk she must have missed at the costume party they had, she is shocked to discover he’s actually the seventeenth-century pirate she jokingly asked for when invoking the spell. Considering how gorgeous he is, that wouldn’t be half bad, if it weren’t for two very annoying problems. One, they can’t get more than twenty feet apart from each other. And two, the sexy pirate seems to think he can put her over his knee and spank her any time he wants to. How can this arrogant jerk possibly be her heart’s desire? That woman at the charm shop must have made a terrible mistake because Garren Dandridge couldn’t be the right man for her. Could he?