Here are eight sentences from RESCUE ME, the Air Force Ménage in my spanking/bdsm/ménage boxed set SOMETHING ABOUT A MAN IN UNIFORM! It’s available at a special PRE-ORDER price, so grab your copy now! 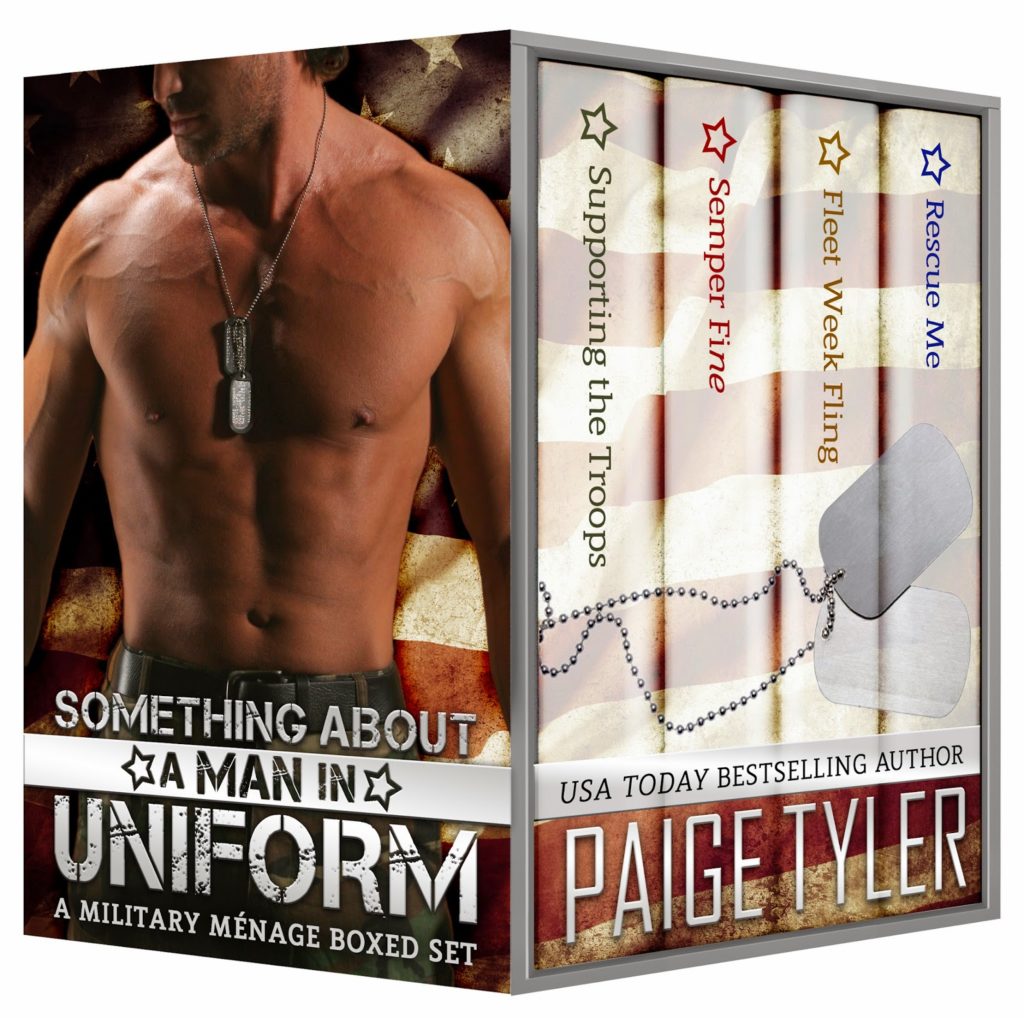 The price goes up Nov 12th, so pre-order your copy today!

Read the Saturday Spankings from SUPPORTING THE TROOPS, an Army Menage, part of the SOMETHING ABOUT A MAN IN UNIFORM boxed set!
https://www.paigetylertheauthor.com/saturday-spankings-supporting-troops/

Read the Saturday Spankings from SEMPER FINE, a Marine Menage, part of the SOMETHING ABOUT A MAN IN UNIFORM boxed set!
https://www.paigetylertheauthor.com/saturday-spankings-semper-fine/

Read the Saturday Spankings from FLEET WEEK FLING, a Navy Menage, part of SOMETHING ABOUT A MAN IN UNIFORM boxed set!
https://www.paigetylertheauthor.com/saturday-spankings-fleet-week-fling/

Previous Post HER PERFECT MATE is the Kindle November “BIG DEAL” at $1.99! Next Post Meet the X-OPS 2 Team from HER LONE WOLF!

I think she likes being naughty. Nice snippet 🙂

She does like being naughty. That's a lucky discovery. 😀

Sounds so naughty but nice. I have already pre ordered this. Can't wait till it units my Kindle.

My dad actually showed me a USA today post about this set! (don't ask) But very nice!

And naughty girls really do need to be spanked after all 😀
Very nice.

Mmmm…now that conjures up quite a picture!

Yummy! I need to get this ordered post haste!

Ohh! Someone found out that she likes to be spanked! Hot snippet!