RomantiCon totally rocked! It helped that I wasn’t as nervous as I was the first time! As you can tell from all the pics I took with my favorite Caveman, Angelo! LOL! It was so awesome seeing everyone again, and meeting new people! 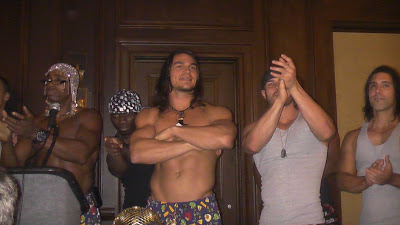 It was also nice getting there earlier on Thursday so we could go to the Meet n Greet that night. Though it was freezing in the room, the Caveman (and my hubby!) warmed it up for me soon enough. I ran around finding everyone I knew so I could say hi. And get pics, of course. I love pictures. I mean, I really, really love pictures. In fact, we took over a hundred while we were there!

I absolutely loved that there were two costume parties, too! I’m always so excited to see how everyone is dressed! I say we do that again! Who’s with me?! 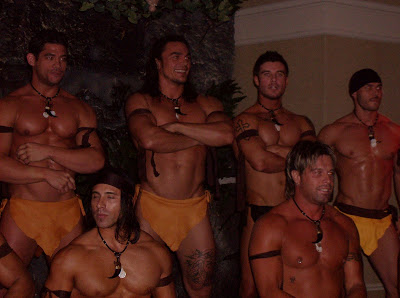 For the first party, we were transported back to the stone age. Which seems appropriate since there were Cavemen in attendance, don’t you think? LOL! As you can imagine, the Cavemen were wearing loin cloths and not much else! They gave two performances, which were super hot, then got together for a group pic outside the ballroom. Unlike last time, I wasn’t too shy to take pics with them, as you can see on my Facebook page! Oh, hubby and I got dressed up as a cave couple, and after we spent most of the night on the dance floor, Angelo (did I mention he’s my favorite Caveman?!) made my hubby an honorary Caveman. Very fun!

The next day, we had lunch with my editor, which was a riot! Then that night was the Fururistic/Steampunk party and awards dinner. We dressed steampunk, a look I could totally go for! The Caveman came out dressed as Jedi’s, and I gotta say, I never thought of Jedi’s being sexy until I saw them! Then they took off their robes and got the pulse racing in pair of skintight pants and boots. Yeah, they looked good! Even more so, when they took of the pants! They perfomed two dances that night, as well as a firedance. 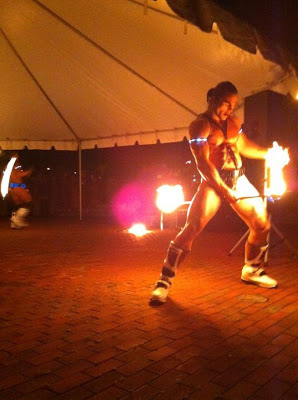 Oh, and I won a Superstar award for Voodoo Zombie Lover for my paranormal romance, DEAD SEXY! I was so surprised and excited! Especially since that meant more pics with the Cavemen! LOL!

Yikes, almost forgot! Angelo (you know, my favorite Caveman) won the Alpha Caveman award! And yes, in case you’re wondering, I voted for him! 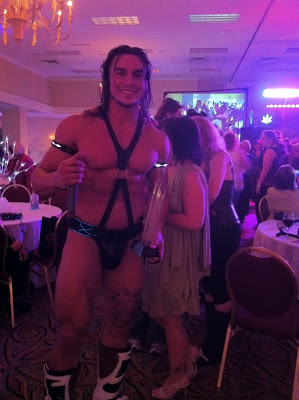 The weekend concluded with a pajama bingo party. It was back in the freezing cold room, but thanks to the Cavemen and my hubby I warmed up quick enough! LOL! 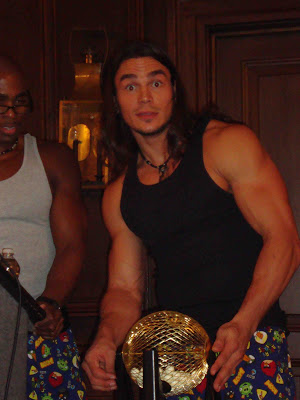 Thanks, EC, for a great party!

Oh, and if you want to see more pics of the Cavemen, and me with Angelo, come on over to my FB page!

I had to post here even though I've talked to you on Facebook and CTR about this. LOL!

I just love Angelo in that little scrap of nothing he's wearing while holding his award. I could stare at him all day long! I'm going to keep looking at all the pictures and live vicariously through you. *evil grin* Thanks for posting all the pictures! I will have VERY sweet dreams tonight.

Dani – LOL! You're so welcome! Can't get enough of Angelo! He's so yummy! So glad he won Alpha Caveman!