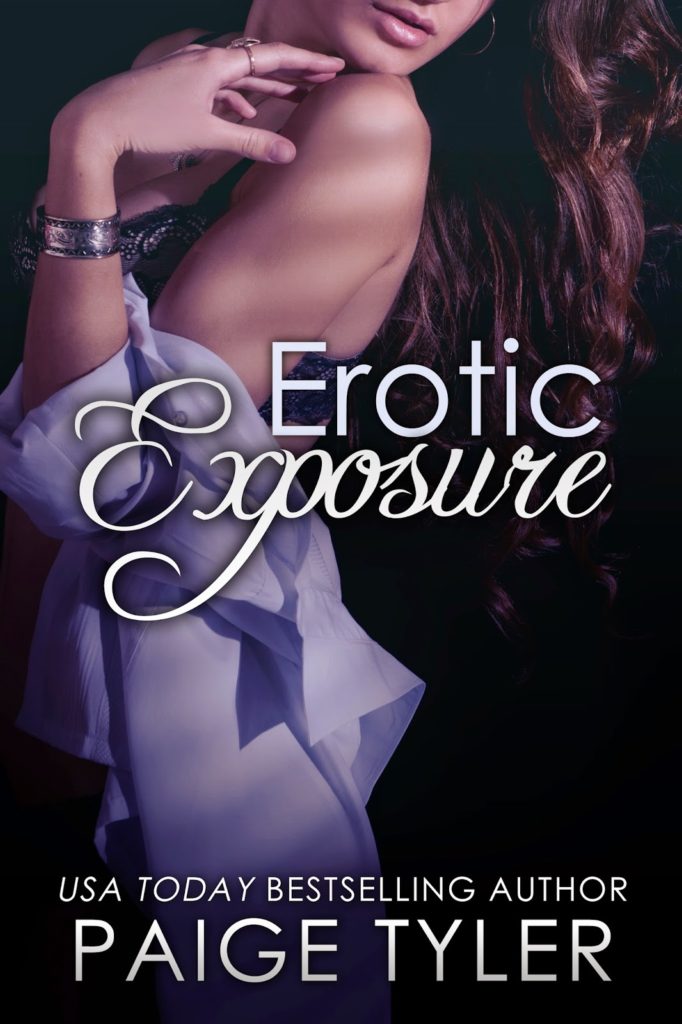 Liz Bellamy agrees to pose for a provocative calendar to help raise money for the animal shelter where she volunteers. Although it’s for a good cause, she’s a little shy about posing half naked.

When Liz arrives at the photography studio, she discovers hot photographer Kent Draper. She almost chickens out, but ends up having not only one heck of a sexy photo shoot, but discovering that being half naked in front of a hunky photographer and his camera is one hell of a turn-on. And when a girl gets that aroused, a little shyness isn’t going to keep her from getting what she wants.

Excerpt:
Kent dropped to one knee in front of her, camera at the ready. “Okay, now that Godiva’s out of the room, show me your best sultry look.”
Liz wasn’t exactly sure she knew how to do sultry, but she decided to give it her best shot. Putting her hands on the floor in front of her, she leaned forward to flash him a little more cleavage and gazed at him from beneath lowered lashes.
He immediately began snapping pictures. “Oh yeah, that’s what I’m talking about. Work it.”
She giggled at the words, unable to help herself.
He came out from behind the camera to give her a curious look. “Why’d you stop? That was perfect.”
“I’m not so sure sultry is a good look for me,” she told him.
“I beg to differ. And so does the camera. But if you don’t believe me, do the same thing and this time check yourself out on the monitor.”
Hoping she didn’t look as silly as she felt, Liz struck the same pose, then glanced at the monitor after he’d snapped the picture. What she saw made her do a double take. With her full lips parted, her blue eyes half hidden underneath a thick fringe of dark lashes, and the tops of her lace-covered breasts peeking out enticingly from her silk robe, not only didn’t she look silly, she looked like the very definition of sultry. That thought sent another current of excitement shooting through her pussy.
“Beautiful,” Kent said. “Now let your robe slip off your shoulders a little for me.”
Liz did as he asked, waited for him to take a picture, then impulsively lifted her hair up with her free hand and blew him an air kiss over her bare shoulder.
He chuckled. “That’s it. Show me some more. Have fun with it.”
She dropped her hand, letting her hair fall down her back as she shifted positions. Lying over on her hip, she leaned forward to give him a sexy come-hither look. As she did, the robe slid down to her elbows, completely exposing her lace-trimmed bra to the camera and the man behind it. Kent’s low groan of approval was all the encouragement she needed to keep going. Rolling onto her back, she propped herself up on her elbows and lifted one bare leg high in the air.
“Hold that pose,” Kent said as he snapped more pictures. “Very nice.”
Forgetting all about her earlier comment to Godiva about not showing anything more than some leg and a little bit of shoulder, Liz found her hands going to the belt of her robe. But then she hesitated. Did she dare? The bra and matching panties she was wearing might be on the skimpy side, but they weren’t much different than a bikini, and she did that on a regular basis. Besides, posing for some racy pictures was pretty dang fun. Like her own personal glamour shoot.
Lips curving into a naughty smile, Liz slowly untied the belt and let the robe fall away to give Kent and his expensive high-tech digital camera a good, long look at her scantily clad body. From his sharp intake of breath, she had the feeling he liked what he saw.
Rolling onto her side to face him, she braced herself on her elbow and drew her top leg up. As Kent captured the pose with his camera, she glanced over at the monitor and was pleased to see how hot she looked. While she’d always been fairly confident about her body, seeing herself like this made her feel even sexier. She’d recommend this to any girl looking to improve her self-image. Catching her lower lip between her teeth, she turned her attention back to Kent and gave him a provocative look.
“Oh yeah, that’s it,” he said. “Make love to the camera.”
Liz hadn’t thought of what she was doing as making love to the camera, but the words made her pussy quiver even more between her legs. She wondered if it was the idea of posing like a centerfold model she found arousing, or whether it was doing it in front of a guy as smokin’ as Kent. As she sat up, she decided it was a little of both.
Amazon:
http://www.amazon.com/Erotic-Exposure-Paige-Tyler-ebook/dp/B00NF4A1GQ/ref=sr_1_1?s=books&ie=UTF8&qid=undefined&sr=1-1&keywords=Paige+Tyler+Erotic+Exposure
B&N:
http://www.barnesandnoble.com/w/erotic-exposure-paige-tyler/1020150217?ean=2940150653351