I know it’s been a while since X-OPS Exposed released and that you’ve been waiting impatiently to hang out with your favorite spies again.

TREASON IN NORFOLK, the first stand-alone novella in X-OPS: The Unclassified Files is now available! 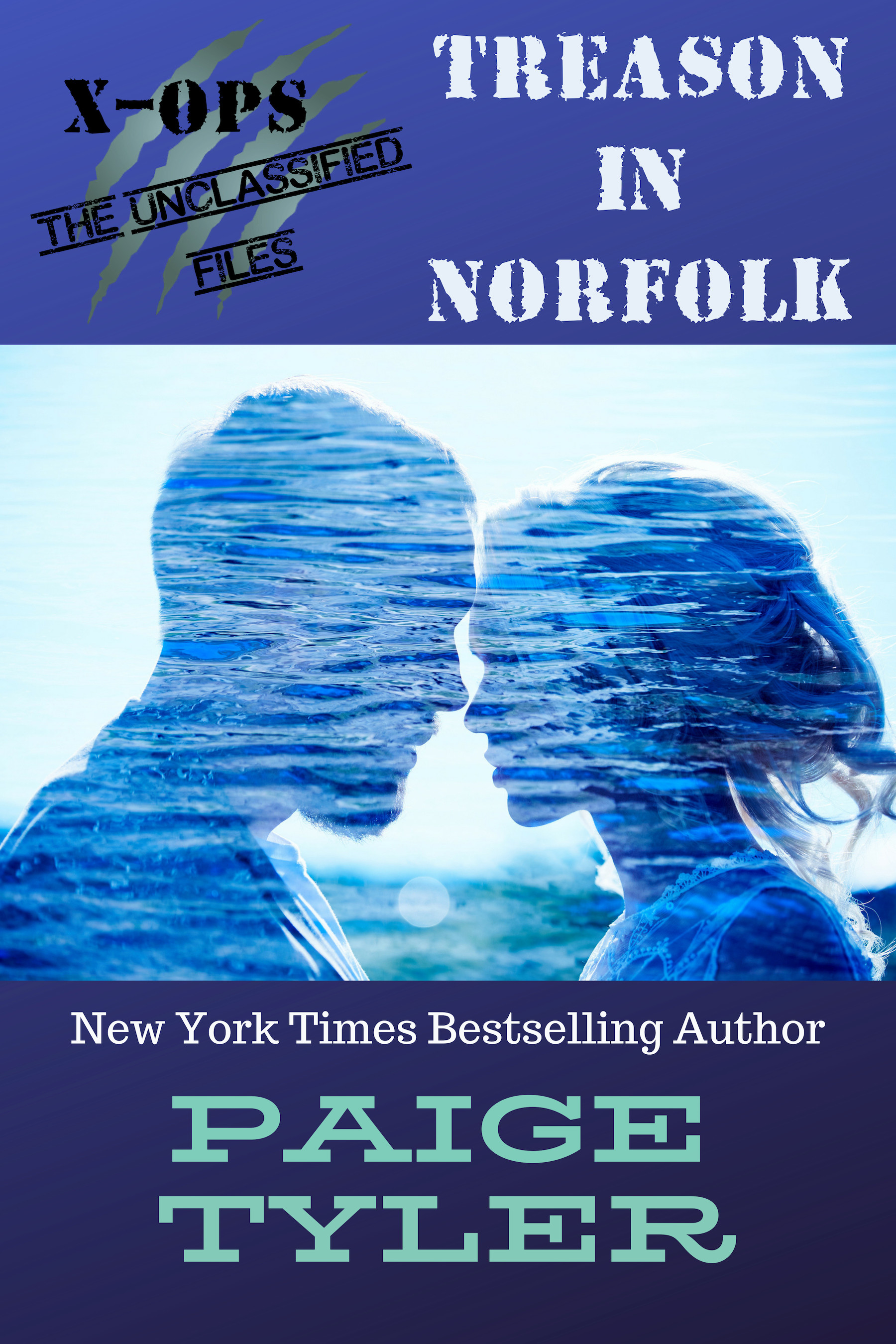 This book first released as part of Amazon Kindle Worlds with the title Her Special Alpha, but I’ve since revised it and added some NEW characters, so I hope you’ll check out the NEW version. Oh, and it’s now also available on ALL vendors!

An unlikely meeting…
Agent Eden Bristow never thought she’d end up fighting mafia-types in an alley right before her sister’s wedding, much less that one of the thugs would be a wolf shifter. But what surprised her more was the hot-as-hell soldier who jumped into a bullet firestorm to help her. Scratch that. What surprised her more was the fact he saw her shift and he didn’t freak out. What are the chances she’d meet a man she was not only attracted to, but who could be trusted with government secrets? Slim. One who’s willing to step into the mess that is her family? Priceless. So where do they go from here?

An undeniable love.
Sergeant Travis Dempsey was in Virginia for his sister’s graduation. The last thing he expected was to stumble upon a drop-dead beautiful DCO agent who could kick a bad guy’s ass and still look good in the process. Scratch that. The last thing he expected was for her to have claws and lust-inducing bright green eyes. Feline shifter? Those kinds of things didn’t exist… but they do. And everything about the gutsy, independent woman is drawing Travis in, until he’s falling head-over-combat-boots for her.

But Eden is caught up in something dangerous. And trying to protect her baby sister may get them all killed before Travis has a chance to tell Eden how he feels.

Get Your Copy Now!
https://books2read.com/TreasonInNorfolk