Got my cover for SANTA’S WAYWARD ELF and I so love it! It features the hunky Jimmy Thomas and Gemini Judson is the artist. It comes out Nov 15th with Whiskey Creek Press Torrid! 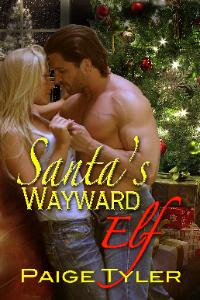 I just had to look again, Paige! ~sigh~ Half naked Jimmy is good anytime, but x-mas time? Woof!

Minnette – LOL! I totally agree! He's so perfect for the hero, too!