Today is #NationalFrenchFryDay and Alyssa, the heroine in my newest SWAT: Special Wolf Alpha Team book WOLF INSTINCT is absolutely obsessed with french fries! If you’ve read the book, you already know that, but if not, here’s the scene when she and werewolf/SWAT cop/British hunky hero Zane have their first “date” (even though they don’t know it’s a date) at a diner… ?

“I’m guessing Christine is FBI, too?” Zane asked as he perused the menu at the quaint, old-fashioned diner where they stopped for dinner an hour later. “As well as being one hell of a good friend?”

“What makes you think she’s a fed?”

Alyssa made a show of scanning the menu, even though she already knew what she was going to order. She’d known the moment Zane had suggested going to a diner to grab a bite to eat. What could she say? French fries were her jam.

Of course, she was also keeping her eyes fixed on the menu so she wouldn’t be caught staring at the man across the booth from her. Now that she had him under some better lighting, it was obvious he was seriously droolworthy. Then there was that accent. She felt an incredible urge to strip naked, lie back on the table, and let him talk her to orgasm. She was sure she’d read
something in Cosmo about that being possible.

The hunky cop with the British accent glanced over the top of his menu at her, making her peek up to see a knowing expression on his face. Yeah, he knew the effect he had on her.

“You sent Christine a text in the middle of the night asking her to meet you in a dark parking lot behind an old warehouse. When she shows up, she calmly helps us transfer two unconscious girls to her car after you tell her they’ve been drugged and need to be taken to a hospital ASAP. Then she leaves without asking a single question,” he pointed out. “A person that unshakable is either law enforcement or a criminal. Since you’re a fed, I’m assuming it’s not the latter. That makes her FBI. And one hell of
a friend for not asking for details.”

Alyssa set her down menu, giving up on the whole ruse of looking like she’d been reading it. Besides, who was she trying to impress? “I’m guessing you must be a detective. Since you’re so clever and all.”

She shook her head, trying to shake loose her attraction to his witty charm. Damn, this man was dangerous. “I could care less how clever you think you are. I’m just trying to figure out what an LA SWAT cop was doing in a nightclub following a group of men who spend their nights kidnapping girls for fun.”

Okay, that made even less sense. She opened her mouth to ask Zane what the hell he was talking about, but the waitress chose that inopportune moment to show up to take their order. Actually, there were two waitresses. Apparently, they really wanted to get the order right. Or more likely, both women had a thing for British
accents. She supposed she couldn’t blame them.

As Alyssa ordered a Diet Coke and a plate of seasoned fries, she was shocked Amy, the redheaded waitress with the notepad, could take her eyes off Zane long enough to write it down. Zane ordered steak and eggs, pancakes, bacon, sausage, toast, and a plate of fries, because those sounded “bloody good.”

“I love a man who likes to eat,” the older of the two women said with a smile. African American with curly hair piled atop her head and a warm smile, her name tag read Edna. She asked Zane to repeat his order, to make sure they’d gotten it right. Alyssa didn’t necessarily mind. Even words as simple as eggs and bacon sounded sexy when he said them.

Then he made the evening complete by asking if they had Earl Grey tea. Because…British!

“Normally I’d ask about the insane amount of food you ordered, but I’m more interested in why a Dallas SWAT cop is in LA saving damsels in distress,” Alyssa said after the waitresses left.

Zane flashed her a grin. “Maybe I’m on vacation and saw something that looked a little suspicious, so I decided to help.”

The look he gave her was so angelic that for a moment she found herself wanting to believe him. Then she remembered the way he’d growled and thrown those Neanderthals around in the alley behind the club and reminded herself, while Zane might be attractive, he certainly wasn’t an angel. He might not even be human.

“By the way, I probably should have mentioned I saw the man and woman with you,” she said. “The ones you were talking to over that expensive-looking commo rig under your shirt. Are they Dallas SWAT, too?”

The smile never left his face, but those chocolate-brown eyes sharpened, becoming appraising. “Is it normal to run FBI operations without backup? What about hiding everything that happened from your fellow agents? Is that standard, too?”

She returned the smile that wasn’t really a smile. “Is this how we’re going to do this? I ask a question. You ask a question. I ask another one. But neither one of us answers. If so, I’m not sure why we’re here, other than to get something to eat.”

He lifted a brow. “Anything wrong with a man and woman having dinner with each other?”

“Oh, you mean like a date?” Alyssa laughed. “Well, crap. If I’d known this was a date, I would have worn something nicer. Maybe even done my hair.”

Zane chuckled, his eyes taking in the long, blond hair she had pulled back in a ponytail and the dark-blue blouse she wore. Her hairstyle was all about practicality because she never knew when she was going to have to chase after a bad guy—or
smash one in the side of the head with the butt of her weapon. Her blouse was standard work issue. It wasn’t like she’d brought fancy clothes with her. In fact, she never packed anything dressy when she was working cases…which was pretty much all the time. Hoping to blend into the club, she’d left the top two buttons undone to flash a little skin and show off the white gold necklace she had on. That bit of skin suddenly seemed to attract Zane’s attention and his gaze became almost predatory.

“You look good just the way you are,” he said softly.

The compliment made her heart suddenly start beating faster. WTF? If she had any sense in her noodle, she stayed right where she was.

She didn’t say anything in response. Seriously, what was she going to say after a line like that? Thankfully, Amy and Edna showed up with the food then, giving them a reason not to talk for a while. The aroma of bacon and sausage wafted over from his side of the table to tease her even as the fries commanded her attention.

Alyssa dumped half a bottle of ketchup on a separate plate, then added a good puddle of mayo on top of that. She dipped a few fries in the mixture and bit into them. Mmm, they were delicious. A little crispy on the outside, tender on the inside and perfectly seasoned. 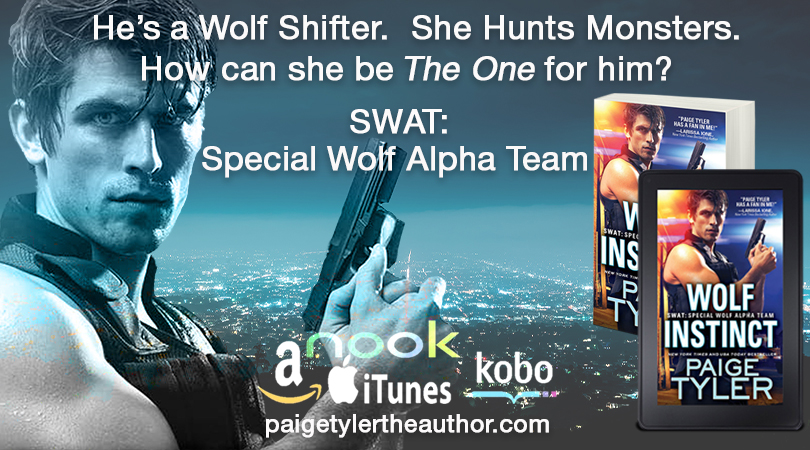