My Take on the Kristen Stewart/Robert Pattinson Romance!

I’m want to preface this blog post by saying that I’m a romantic. 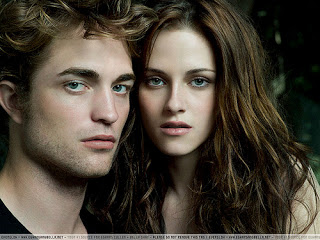 That being said, I can’t help but think the whole Kristen Stewart/Robert Pattinson romance was (and probably still is) a publicity stunt. I don’t know. Maybe when they were filming the first movie, they stood too close together and the media ssumed they were a couple, so the Twilight stars went with it. Or maybe their publicists got together and leaked the info. You know, hinting at an off-screen romance to get pub for the movies. (Which I love, btw!) And now, right before the whole press junket thing, she comes out an admits she cheated on him, and he dumps her. What’s next, her announcement that she’s going into sex rehab? (Please Don’t even get me started on that! Newsflash – everyone’s addicted to sex!)

I know my take on their romance sounds cynical coming from a romance writer, but I don’t think we can know what’s real in Hollywood and what isn’t. If you’re movie star and people aren’t taking about you, then you’re a has-been. What better way for young, up-and-coming actors in a blockbuster movie to get pub than a hot off-screen romance?

Wonder if they’ll get back together right before the premiere?

I've wondered the same thing!
No publicity is bad and I'm sure they're making the most of opportunity.

That's pretty much what I told my husband too.

Yeah, the timing is just too convenient.

My thoughts are why in the world if you're trying to keep your fling secret why are you going to a public park? You know that papparazzi follow you everywhere. It was a publicity stunt but for what purpose, I don't know. And then to publicly apologize in the paper. I'll bet they conveniently get back together right before Breaking Dawn Part 2 comes out.

Barb – I totally agree! I guess it's to keep them in the tabloids until the movie comes out! LOL!