More on the Spanking Party! 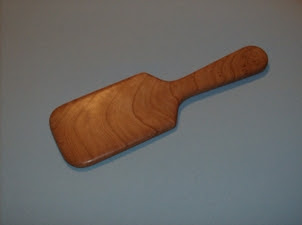 Well, as I said, we combined the spanking party with a vacation at Disney World, so we actually stayed at Disney and only attended the party in the evenings, but we had a great time!
We arrived at the hotel in Tampa a little later than we would have liked to on Friday evening because there was so much traffic, so by the time we got there, everyone was already out by the pool. Of course, that only made me more nervous! But as it turned out, finding the people we already knew through the spanking forums I belong to was easier than I thought it would be, and soon we were all laughing and talking like old friends. After awhile, we moved into the hotel restaurant, where we spent the next several hours getting to know everyone better, which was really enjoyable!
There was a spanking pizza party that evening at midnight, but since we had to drive back up to Disney and a full day at the park the next day, we didn’t stay for it, though I heard it was a lot of fun!
However, we did stay at the hotel in Tampa the next night! After dinner, during which we got to meet some more really fun people, there was a spanking trivia game. Both tops and bottoms played, though the tops that were playing had a bottom with them that took the spanking if they answered the questions wrong! And as hard as the questions (which were all spanking-related in some way) were, I’m glad that my hubby and I decided to simply watch, because I would have been on the receiving end of the straps and paddles that were being used!
Afterward, they gave out not only a prize to the winner of the trivia game, but also door prizes as well. We won this yummy wood paddle, which we made good use of when we went up to our suite that night! *grin*
*hugs*
Paige
Previous Post Reader Survey! Next Post Review of Our Yummy New Wood Paddle!

That sounds like a fun getaway (both the gathering and the parks). It’s wonderful to be able to escape occasionally.

Your new paddle looks deliciously effective. Now that you have this brand spanking new blog, can we look forward to a review?

Have a splendid weekend!