Navy SEALs usually don’t go undercover with the CIA. Their job normally involves lots of high adrenaline action, shooting, explosions…and maybe the threat of a little bodily harm. That all changes when the CIA realizes Nash Cantrell is a dead ringer for a mercenary arms dealer. Before he knows it, Nash is involved in a covert operation and pretending to be someone he’s not so he can take down a ruthless drug lord. But Nash didn’t count on the man having a beautiful daughter…or falling in love with her.

If you love hunky Navy SEALs, strong women, steamy romance, and action right off a Hollywood movie screen, then put UNDERCOVER SEAL at the top of your TBR list! 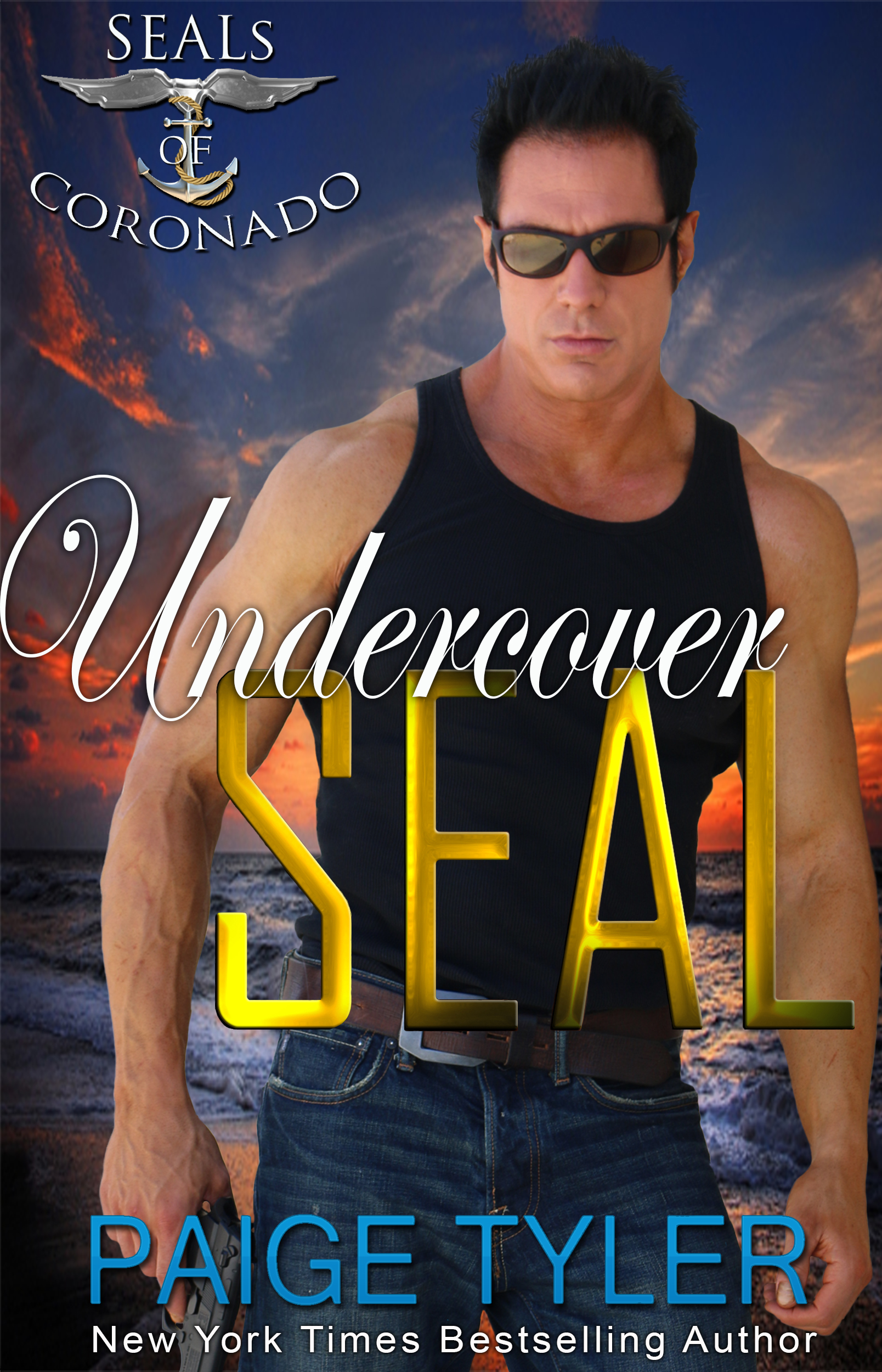 He’s everything she should fear…
Bristol Munoz’s life has never been typical. Or safe. Raised by her father, a Mexican drug lord who murdered her mother, Bristol knows she’s nothing but a bargaining chip to her father. He’ll give her to the man most able to further his cartel’s powerful holdings, and her life will go from bad to worse. Her only hope is to try another escape…Then he arrives. He’s different than the other men in her father’s compound, but no less dangerous. Maybe more so, because she’s attracted to him.

But all she really wants.
Working undercover for the CIA was not how Navy SEAL Nash Cantrell wants to spend his time. But keeping missiles out of the wrong hands is something he can handle. However, he didn’t count on part of his mission involving getting close to Bristol. He can’t afford to like her, but can’t stop himself. She’s a commodity her father won’t let go easily. When his cover is blown, Nash has to stop the deal—and save Bristol.

When the plan goes wrong and Bristol is kidnapped, Nash will break every rule to get her back. Or die trying.

She still wasn’t sure why she’d opened up to Nick. Or what he might do with the information she’d just given him. She had an overwhelming urge to trust him, but what if he did what the police had done and went straight to her father with everything she’d told him?

Would it really matter if he did? With any luck she’d be far away from here by tonight. If she couldn’t get to the American embassy then she’d pay a coyote to smuggle her across the border.

“What if I said I could help you?” Nick asked suddenly.

Her breath caught, but she refused to let herself hope. “What do you mean?”

Nick glanced out at the yacht anchored off the beach before turning back to her, his dark eyes searching hers, mesmerizing and calculating at the same time. “I can’t go into details, but I promise I’m going to make sure your father pays for what he did to your mother. Then I’m going to kick Leon’s ass for what he did to you.” He brushed her windswept hair back from her face. “You’re never going to be anyone’s prisoner ever again, you have my word on that.”

Bristol’s heart beat a little faster. Against all expectations, she found herself believing for the first time in a year that there might truly be a way out of this nightmare. But then a little voice of doubt began murmuring in the back of her mind, telling her this was too good to be true.

“Why would you go against a man like my father and risk everything for a woman you met two days ago?”

He cupped her face gently in his hand. “Because something tells me you’re worth the risk. Even if that means going up against a man like your father.”

She abruptly remembered her tote beside them. When she’d left the villa a few hours ago she’d been ready to do whatever it took to be free of her father, including swimming all the way to the United States if she had to. But Nick had given her another option.

She opened her mouth the thank him, but then decided to show him how grateful she was instead.

When their lips came together, she felt a little tingle zip through her unlike anything she’d ever experienced. Then Nick buried his fingers in her hair and tugged her close, making several other parts of her body hum. His tongue teased its way into her mouth and she let out a little sound of pleasure at how good he tasted. Or maybe he was the one who moaned. She wasn’t quite sure.

Bristol had kissed guys in high school and college. She’d even had a steady boyfriend her junior year up in Connecticut. But as she plunged her tongue deeper into Nick’s mouth, tangling, teasing, and tasting, she realized she hadn’t ever been kissed like this.

She didn’t know when her hands had climbed up his broad shoulders and locked behind his strong neck, keeping him exactly where she wanted him. But they were there now and they knew exactly what they were doing. Nick’s free hand glided along her bare thigh, sliding underneath the cover-up she wore to settle on her hip. Heat pooled between her legs, and she suddenly wanted to do far more than simply kiss him. She wanted to make love to him right there in the gazebo.

She trailed one hand down his chest and over his rock-hard abs with every intention of heading further south when Nick pulled away with a groan. She started to tug him in for another kiss when the ocean breeze carried laughter from the yacht in their direction.

Crap. There was a whole boat full of her father’s guards watching her and Nick. How could she have forgotten that?

Nick cursed under his breath, glancing at the yacht. “I wondered why your father sent so many guards with us. Now I realize it was so they could spy for him. No doubt he’ll think this means I’m leaning toward taking that job he’s offering me.” He turned to look at her again, his dark eyes intense. “Your father would be right. But only so I can take him down.”

​Buy Undercover SEAL at All Your Favorite Stores!
https://books2read.com/UndercoverSEAL

Check out the other books in the SEALs of Coronado Series!

SEAL for Her Protection
https://books2read.com/SEALforHerProtection/

SEAL with a Past
https://books2read.com/SEALwithaPast2

SEAL to the Rescue
https://books2read.com/SEALtotheRescue

And get SEAL of Her Dreams, the prequel to the SEALs of Coronado Series, free!
https://dl.bookfunnel.com/ttbfa8hzdo