“SEEING GHOSTS” Episode One in my new serialized paranormal romance PARANORMAL INVESTIGATIONS UNLIMITED: EDGE OF DARKNESS hits digital shelves today and I’m so excited for you to read it!

A new episode hits digital bookshelves every Tuesday in March, with five episodes in all in Season One.

Get your “Supernatural” fix today! 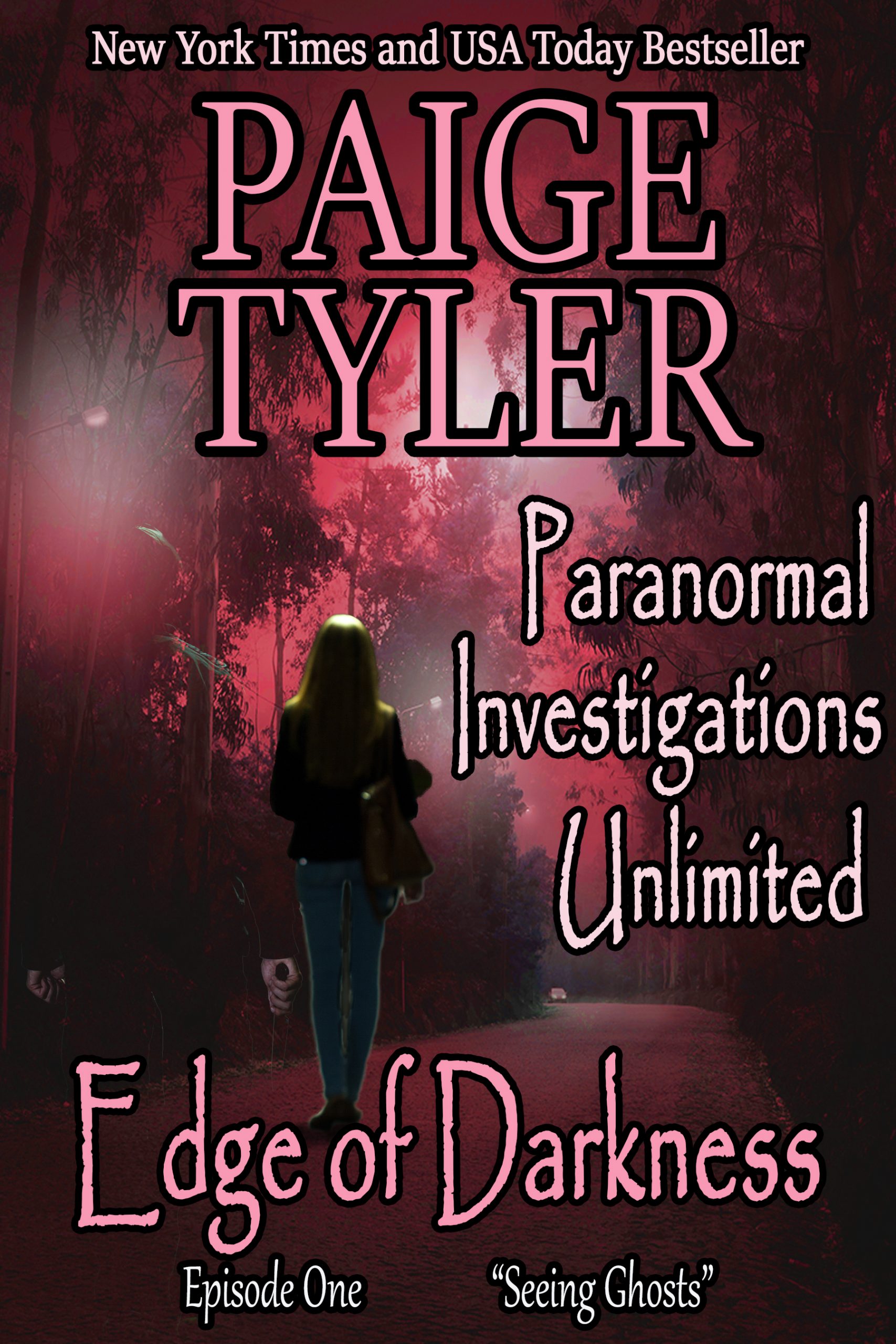 She killed a murderer…
Or did she?

It’s been five weeks since Presley Kincaid escaped a serial killer, but she’s still having nightmares. Now she wonders if her brush with death has driven her insane because she’s started seeing ghosts. But ghosts aren’t real, right? The only logical way to find out is to ask some paranormal investigators. Better yet, she wants to go on a ghost hunt to see for herself.

Unfortunately, the group leader, Logan Malone—a real pompous jerk in Presley’s opinion—isn’t thrilled with the idea of a civilian tagging along. Good thing money talks. Presley pays them to take her on a hunt and what happens makes Logan suspect maybe the ghosts are hunting Presley.

As a former cop, Logan’s protective instinct kicks in and he knows he’s got to keep her close to make sure she’s safe. And he doesn’t hate the idea of spending time with her as much as he should…