It’s release day!
I’m so excited to announce
that HER SECRET AGENT, a FREE X-OPS Novella from Sourcebooks is available! 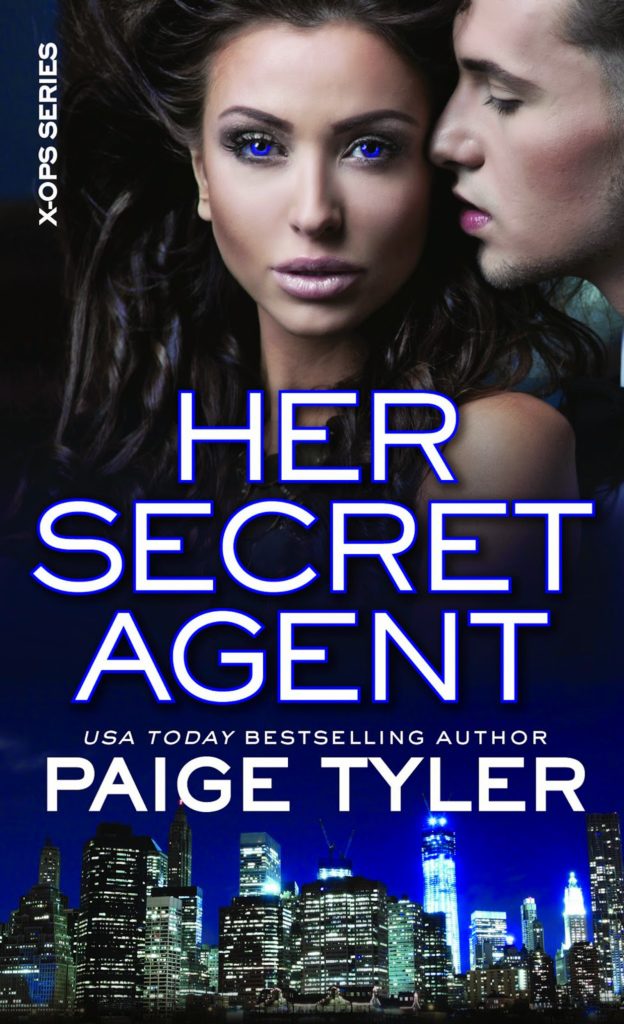 The story
takes place in 2003 when the Department of Covert Operations (DCO) was still
new. The hero is John Loughlin, the Director of the DCO, and the heroine is a
beautiful shifter he’s trying to recruit for the organization named Cree Forest.
It’s a sexy action-packed story that gives readers inside info on the DCO, as
well as gives them the skinny on some very important stuff that the other
characters in the novels aren’t privy to…yet. So, yeah, there are lots of OMG
moments ahead for the X-OPS crew.
If you haven’t read the X-OPS Series yet, this is the
perfect book to start with!
If you’ve already read and love the X-OPS Series, this
is the perfect companion novella to tide you over until Book 3 (HER WILD HERO)
releases!
Blurb:

But Cree isn’t what she seems. Just as John has been watching her, Cree has
been spying on him. Now John is getting too close-both professionally and
personally. On opposite sides of a lethal game, can they trust each other with their hearts?

Excerpt:
Cree abruptly realized that while she’d been busy
gathering wool, John was sitting there apparently content to watch her sip
coffee. That was another thing she liked about him. He didn’t seem to have the urge to fill
every moment of silence with unnecessary talk. That casual, confident way of his made her wonder what kind of lover he’d be. A very good
one, she was sure.

She forced herself to focus on something else in a useless attempt to get that
all-too-vivid image out of her head.

“How did you figure out I was special?” she asked, refusing to use any of the
crappy titles his organization seemed obsessed with applying to her kind. “Does the DCO have a big team of experts who pore over hours and
hours of videos and records, looking for signs and tells?”

John shook his head, a small smile curving his lips. “Not really. We still
don’t know enough about shifters for that to be possible.”

“How did you spot me then?”

Her boss had told her to make sure the DCO noticed her, but it would still be
nice to know exactly what they’d keyed in on.

John shrugged. “With some shifters, there are physical and behavioral traits
that give them away—overt demonstrations of strength and speed, aggressive or over-confident attitude. But in your case, it was more
subtle and harder to put into words. It was just a sense I got from watching all the surveillance video. The way you move through a crowd like a
graceful animal, the way you lift your nose just a bit like you’re testing the breeze for a scent, the way you constantly scan the restaurant when
you’re eating. It all told me you were special.”

Huh. She had no idea she even did those things, but those were damn subtle
signs. “It sounds like you and your team spent a lot of hours watching those videos to pick up all those things?”

He gave her a lazy smile. “No team—just me. And yes, I spent a lot of hours
watching you.”

The idea that John had sat in front of a TV or computer monitor for hours on
end gazing at her so intently that he’d been able to pick up the details he had should have creeped her out. But it didn’t. In fact, it was sort
of a turn-on.

“So you’re saying the DCO didn’t peg me as a shifter—you did?”

He nodded. “But no one there knows yet. I haven’t told them. I thought it best
to find out if you were interested before saying anything. Right now, the few who are aware of you think you’re simply a potential operative of
the boring, everyday human variety.”

A grin tugged at her lips—he had a way of making her smile. But what could she
say? This mission was turning out to be more fun than she’d ever imagined. And the fact that John was the only one who knew about her
secret was like extra frosting on an already well-iced cake.

That was a loaded question if she ever heard one. She felt a warm rush suffuse
her belly. “I’m very interested.”

“Excellent.” He grinned. “Does that mean you’re joining the DCO?”

He frowned. “But you just said you were interested.”

She leaned forward in her chair and fixed him with a sexy look, letting a
little yellow-glow flash in her eyes. “I didn’t say I was interested in the DCO. When I said I was interested, I meant in you.”

He tilted his head to the side, giving her an appraising look that sent the
rush of heat she’d felt earlier to pool between her thighs. “I can work with that.”

Download it FREE Everywhere!
Amazon
http://www.amazon.com/Her-Secret-Agent-Novella-X-Ops-ebook/dp/B00OHTEY7K/ref=sr_1_3?s=digital-text&ie=UTF8&qid=1414194319&sr=1-3&keywords=paige+tyler+x-ops
B&N
http://www.barnesandnoble.com/w/her-secret-agent-paige-tyler/1120666715?ean=9781492609681
Kobo
http://store.kobobooks.com/en-US/ebook/her-secret-agent-1
And as an added bonus, there’s a special extended excerpt from my upcoming Jan 6th release HUNGRY LIKE THE WOLF (Special Wolf Alpha Team 1)!
*hugs*
Previous Post Interview! Next Post Get the Story Behind the Story of HER SECRET AGENT (a FREE X-OPS Novella)!