Interview with David Wagner, Photographer for All My X-OPS and SWAT Covers!

I’m so excited to have David Wagner on my blog today! David is the awesome photographer who photographs the models for the covers of my X-OPS and SWAT Series.

The covers are truly amazing and I can’t thank you enough for doing this interview, David! As a former art director in advertising, do you ever find yourself looking at covers featuring the photos you took and want to change them?

Yes definitely. There are always man factors that determine how a final cover looks. The characters need to be portrayed in a genuine and authentic way. But the cover also has to market the book and compete with hundreds… thousands of other covers and the final image has to pique the interest of readers browsing the shelves or online. And the graphics have to work with the photo…author’s names, the title, etc. There is quite a bit that goes into making sure the image doesn’t overpower the author and title, but that there is also room for the image to intrigue the viewer and express the author’s story. 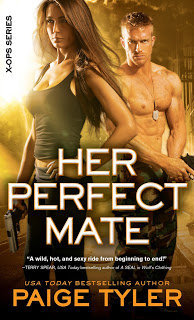 How does the photo shoot for a cover work? Does the publisher always send you model they want you to use or do you sometimes pick the model from their specs?

Most of the time I get a character description and synopsis of the book and I do a casting call to find a few models that I feel have a look that could embody the character. And then the art director the publisher will make the final call. There are times when either the art director or the author will just happen to see a photo of someone and ask me if I can find them and see if they are interested in modeling for the cover.

My X-OPS and SWAT books feature military heroes, cops, shifters, and werewolves. What kind of specs do they give you about the book to help get the model into character?

I always get a physical description, hair color, hair length, eye color, etc. And there is usually a sentence or two that describes the character personality so that we can look for traits beyond the physical aspects of hair color, hair length, etc., and find models that can evoke the personality of a renegade savior, or character that has a huge heart but it’s rides a chopper with skulls painted on it, petite school teacher who suddenly finds herself in a situation where she is fighting for her life. 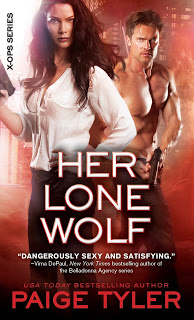 The models on my covers wear everything from military uniforms to full tactical gear, and even hold weapons. Do you have to get your own props? If so, where do you get them?

I have a pretty big selection of male and female wardrobe that covers everything from military, special ops and western attire, to roman warrior looks, kilts and other vintage looks. I have prop weapons, wigs, hats and fake jewelry. From time to time I do rent wardrobe,  if I need a very specific uniform and period/vintage dress. There are several places that I rent from…one has been around for almost 100 years and they did the wardrobe for “Gone With The Wind” and “The Wizard of Oz” (they actually created Dorothy’s ruby shoes).  The place is the size of an airplane hanger. There are also places that rent props only…you can get anything from coffins and body parts to armor and period electronics like 1980’s cell phones and phone booths.

Wow. This is a tough one. My dining room table has been the ledge of a skyscraper a couple of times. My air up mattress has been a field of grass for a Celtic warrior and his maiden, my desk has been the wooden fence on a Montana Ranch and my broom and dining room chair have been a motorcycle more than once. But as far as the craziest I would say is a couple’s shoot that I did a few years ago. I won’t go into details but let’s just say that the female model took the romantic aspect of the shoot a little too far making me feel like a third wheel and the male a bit uncomfortable. I think at some point she may have forgotten we were doing a photo shoot!

Is it easier to work with male or female models?

Well by far the majority of the covers I work on feature one male model, then a few male and female couples, and very rarely a lone female model. So I’m working mostly with male models. I don’t find either more or less difficult really. Working with a new model for the first time (male or female) can be difficult. Not everyone is good a holding a plastic gun as if it were a heavy and deadly…it’s can be difficult to hold a plastic rifle and make the viewer feel like it has weight and power. Some models aren’t as good at showing subtle expressions of apprehension, confidence, or aggression. There is a fair amount of acting involved even though it is a still shot. By far though the models we work with are amazing at what they do! 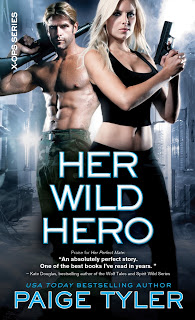 Is it difficult when you’re photographing two models for a cover but the photo shoots are done separately? Is it more common for you to photograph them together or individually?
Couple shoots definitely are more difficult. So much depends on how comfortable the two models are. I work with some models somewhat regularly and they are comfortable around me and may even have previously worked with the other model before. So they are already comfortable with the situation before we start. It’s important to create an atmosphere where the models feel comfortable, at ease and stress-free. I usually shoot the models together and separately. It depends on the interaction that is needed to help create the author/publishers idea. Sometimes I stagger the models having the first model come in for half an hour, then I shoot the two models together and then the second models stays another half hour and I shoot him or her separately. 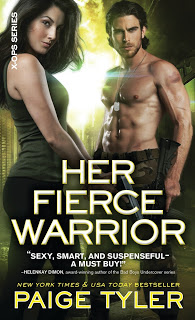 You take hundreds of photos during the photo shoot. What do you do with the ones the publisher doesn’t want?
I have about a dozen (and counting) 500GB to 1TB external hard drives where I store all the images. From time to time a new book will come along and an image from a previous shoot can be used with some retouching. We make sure that poses are very different than the one originally used and that we are using different wardrobe options. This doesn’t happen often and usually only when there is not time for casting and shooting. 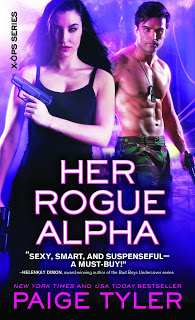 While my SWAT books feature werewolves, there are lots of different shifters in my X-OPS books. Does the publisher give you different instructions for the different kinds of shifters?
Yes, they always let us know what type of animal the character changes into and any special characteristics that the animal that they shift to has, like glowing eyes, etc. Sometimes we want an expression or pose that subtly suggests what the character shifts into. 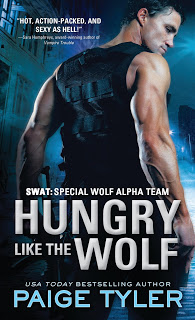 After you take the photos, do you look at one of them and instinctively know that’s the pic the publisher will use or are you surprised when you see the cover?
That’s a great question. It runs the gamut! We sometimes laugh that the first shot out of 300 to 500 images is the best…or that the last shot is the best. And I do usually find a few that just jump out as obvious choices. And from time to time, it is one of those images that the publisher chooses. That’s always a nice feeling. 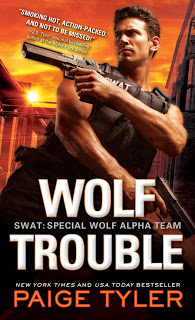 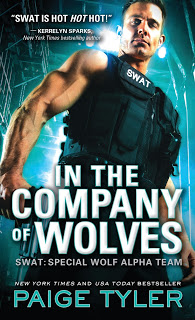 Have you ever seen a cover that you took photos for and think it looks nothing like what you thought it would?
Yes, definitely! And when it happens it’s usually a good thing. I have a vision in my mind of what the final cover might look like and then the art director will come up with something wonderful that I never envisioned. It’s nice for me to see my own work used in a way that I did not envision. 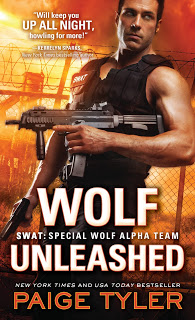 Thank you again for the interview, David! What are you up to now and where can people find you on the net and social media?
This has been a busy year so far so I feel very, very lucky for that. I have a couple of new series of books to shoot, and I’m working with some new authors and new publishers.
You can see some of my book cover work and fashion/fitness photography at www.wagnerla.com and on Instagram @wagnerla
Thanks so much Paige for inviting me to be part of your blog. And it’s truly an honor to work on your books! 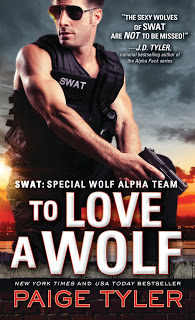 And now, a sneak peek at my upcoming release TO LOVE A WOLF (SWAT 4)! It releases June 7th and is available for pre-order now!
HE’S FOUND THE ONE…
SWAT officer Landry Cooper is certain Everly Danu is The One. The problem is, she has no idea what Cooper really is. And as much as he wants to trust her, he’s not sure he can share his deepest secret…

BUT CAN HE KEEP HER?
When Everly’s family discovers Cooper’s a werewolf, her brothers will do anything to keep them apart-they’ll kill him if they have to. Everly is falling hard for the ridiculously handsome SWAT officer, and she’s not about to let her brothers tell her who she can love… Until Cooper’s secret is exposed and she discovers the man she thought she knew is a monster in disguise.
Read the First 6 Chapters FREE!

*hugs*
Paige
Previous Post To Love a Wolf (SWAT) Releases in One Week! Next Post I’m in The Big Thrill Magazine!

I found this interview very interesting. I love your book covers and it's really nice to see whose work is behind them and how they actually do it.

It's always interesting to see what goes behind the scenes of a cover and inside the head of an artist. I love these interviews, thanks Paige and David!

Love this interview. Great finding out what is involved in a book cover shoot. You have some of the best covers for your books, that's what draws me to an author first.

MsAwesome – You're welcome! So glad David did it! His work is incredible! 🙂

Sonia – Yes! I love my covers!

This is awesome. Love the interview! It's great to know behind the scenes of those fab covers (and yours are GUH RED! ?).