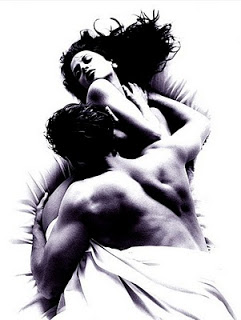 When romance author Simone Kent reluctantly turns to a consulting editor for some help with her latest book, she has no intention of falling for him, especially since she hasn’t had much luck with guys. After meeting him for coffee, however, she thinks she might just have found the most perfect guy in all of New York City in bed and out of it.

Drake Parrish is about as far perfect as any man can get, though. Eight years ago, he seduced a girl for the fun of it, then cruelly broke her heart. For his crimes, he was cursed by an evil Voodoo priestess to live part of his life as a zombie. Since then, he has lived like a recluse on New York’s Upper East Side, afraid to go out for fear he’ll suddenly turn into one of the walking dead.

Being with Simone reminds him of everything he was forced to give up and Drake finds himself feeling things for her that he hasn’t felt in a very long time. When the Voodoo priestess learns of their relationship, however, she comes after him again, this time with her horde of mindless zombies. She doesn’t believe Drake has paid for his sins and is determined he won’t have a future with Simone, even if that means killing the woman he loves.

And for another sneak peek as well as a glimpse of the hunky hero, visit my website and click on “Coming Soon!”

Congrats, Paige!!! So excited for you!