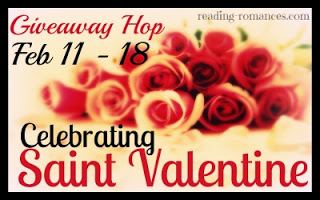 I’m so excited to be part of the Celebrating St. Valentine Blog Hop!  I have a new release with Blushing Books called HOT OFF THE RED CARPET!  I’ve written a lot of books with spanking in them lately, but I haven’t written a spanking romance, so I started playing around with ideas and came up with a story about a girl who jumps at the chance to become her favorite movie star’s personal assistant.  She’s been crushing on him forever and can barely contain her inner fan girl. That makes it difficult to do her job and when she messes up one too many times, the hunky actor doesn’t hesitate to put her over his knee!
I’ll be giving away a download of HOT OFF THE RED CARPET for the hop! The giveaway is open to anyone and everyone (US, Canada and International) with an email address! To enter, leave a comment along with your email address. I’ll announce the winner on the 20th! 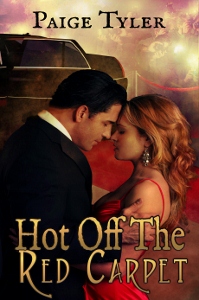 Addison Mattingly has spent her life living in her twin sister’s shadow, so when her sister blows off a chance to be actor Trevor Braden’s personal assistant, Addison decides it’s time to step into the spotlight.
Pretending to be her twin, Addison goes to LA to take the job. Trevor is even hunkier and more gorgeous in person than he is on film, and it’s all Addison can do not to give into her inner fan girl.

That fascination makes a difficult job even harder, and soon she’s making one mistake after another. That’s when Addison learns Trevor has a unique way of getting her to focus on her job—he puts her over his knee and spanks her.

Buy it at Blushing Books!

To check out the other great blogs on the hop, visit,

Oh I'm gonna have to get this one!

Oh I'm gonna have to get this one!

I want this book. Loved the excerpt. Definately have not been disappointed with any of your books. thanks for the chance to win.
christinebails at yahoo dot com

Oh goodness, really enjoyed the excerpt, seems like one I gotta read… Thanks

This sounds really good! Thanks for the giveaway!

The excerpt was great, I can't wait to read more. Thanks for a chance to win.
Happy Valentine's Day!

Cute excerpt. Thanks for the opportunity!
claymoregold@gmail.com

Oh ,thanks! I'd love to read it 🙂
swordlily_girl(at)yahoo(dot)com

Thanks for the excerpt, I love discovering new stories on these hops

Thanks for participating in the hop.
wendy_pogrant@yahoo.com

I love your books and hope you have a great Valentine's day.

Happy Saint Valentine's Day!! Hope your day is filled romance and much love!
Thanks for the giveaway! I have to say that I get a gift every year from my father and it's adorable.
mestith (at) gmail (dot) com

I don't have a true love yet; so no gifts except for the ebooks I buy myself! LOL!
Happy V Day!
The excerpt was great!
Thanks for the contest!
bluebirdsub24 at gmail dot com

Thanks for the except. I actually found my one true love on Valentine's Day 16 years ago. That was our first day and we have been married 15 years now.
Mel
bournmelissa at hotmail dot com

This sounds really good thanks for sharing! Happy V day and thank you for the great giveaway!
tishajean@ charter.net

I love the excerpt!
Thanks for the chance to win!
sqwalker2@hotmail.com

Thanks for the excerpt.
bituin76 at hotmail dot com

LOVE that excerpt. would love to win. thanks for the giveaway.
pepperpenn42 at gmail dot com

Thank you for the awesome hop and giveaway!!! 🙂
shadowluvs2read(at)gmail(dot)com